So I went out on a date last Friday night, a much needed date-night with my hubby. (Yes. A moment for just us, away from computers and books and family! No offense family. We love you, but you understand.)

Upon entering the coffee shop/bar, an unexpected opportunity appeared. I noticed a sign on the doors informing me that this place would be hosting an open-mic night the following evening. (Open mic nights are live shows generally focused on performance arts like poetry and the spoken word, music, and comedy.)

At first I got really excited! And then, I got really nervous. In that moment, I immediately knew that I wanted to participate, but was really afraid. Afraid of looking dumb, afraid of looking stupid, and, mostly… afraid of not being perfect. I mean, what if I mess up? What if I forget my words and my voice cracks and I freak out or something? People will for sure think I’m a terrible performer and an embarrassment to life itself..

This sounds ridiculous, but we all do this! To some extent or another, we talk ourselves out of exciting opportunities (and let them slip on by) merely because of some gut feeling inside telling us that we might just mess things up. And it never fails. We make our scary story out to be the worst case scenario, world’s gonna end, drama that ends with the feeling of burying our heads underground never to show our face again. Well, at least I do this. (..Maybe I really am the only crazy one around here!)

But the more I listened to the internal dialogue going on in my mind, the more I knew that this was something I needed to meet head on. I mean, what’s the worst that could happen? Would people walk out, ignore, or laugh at me? Perhaps. Big deal.

Most of the time people won’t be jerks like that anyway. You know, they will probably even be on my side, cheering me on, encouraging me to keep on keepin’ on. People aren’t as hateful as we think they are. And besides, I’ll probably never see any of these people again. Or maybe I will, but will they even remember who I am? And honestly…is it REALLY that big of a deal?

Big whoop. I messed up. Do better next time. I should adopt that attitude a little more often. But, as always, easier said than done.

So I decided “I’m going to do this.” Then, I figured I ought to drag someone in with me 😉 If I fall, someone else is going down with me! ..So I messaged my brother. (He’s an excellent guitarist.) I messaged him asking, “Hey! Would you pretty pleeeease play music with me tomorrow night? It’s an open-mic night and it would be really fun!”

One thing to know about Tyler is that he’s quite bashful when it comes to performing in front of people. He generally says no to any kind of request like this, so I figured he’d let me down easy.. Instead of a let down, what I got was, “Oh man, that sounds crazy. I’ve never done something like this, but it would be good for me to finally do it. I’m in.” (Jaw-dropping moment here..) I reply, “Well, alright! It’s on. We’re doing this!”

And it was amazing.

Needless to say, I’m a pretty proud sister right now. My brother faced his fears of playing in front of people, out of his comfort zone. I had a blast playing music with him, (in public for the first time!) and there will be many more moments to come.

If you’re interested, I’ll be posting a recording of our performance on my upcoming YouTube channel. It’s not ready yet, so I’ll keep you updated as to when it’s up and running. (Updated 2016.06.13: Here is the long overdue should’ve been posted video now! 🙂 🙂 )As you will see, my voice cracked in places it’s never cracked before, I messed up all sorts of words, and I skipped a whole entire section of the song that Tyler and I had originally rehearsed. But hey, you know what? I’m still alive. I’m still breathing. And I’ll do better next time.

So how are you conquering your fears? Feel free to reply in the comments about how you have conquered one of you fears.

3 thoughts on “He took one bold move toward confidence” 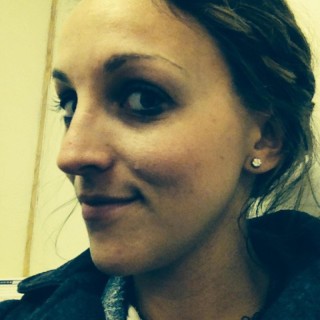 I was born to inspire. To motivate. To serve. To connect -- with people, animals, the earth, God. I'm a health coach. Musician & singer. Animal rights enthusiast. I want to make the most positive impact on each & every person I come into contact with. I hope for the lives of others to be enriched by knowing me. I'm currently on a journey of becoming the best version of myself I can be -- challenging myself in every way imaginable. I'll be spilling my heart out all over these pages, so get ready for the time of your life.